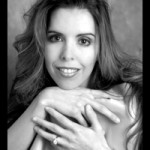 ʺA musician that is fast becoming one of the genres most beloved pianists.” Michael Debbage, Solo Piano Publications

Laura Sullivan is a pianist, composer, and recording artist whose original New Age and Contemporary Instrumental music is distributed internationally. Her five albums have been signed to record labels including Northstar Music and Orange Music, and are also available on her independent label, Sentient Spirit Records.

Her music can be found on Amazon.com, iTunes, Rhapsody, Pandora, and charts in frequent rotation on Music Choice, and many other digital and retail stores on and offline. Her discography receives airplay on radio stations around the world. Her albums have charted in the top 15 on New Age/Zone reporter.

Her release, Mystical America, was named #1 New Age Album of 2004 by, Wind and Wire.

Ms. Sullivan was chosen as a featured artist on a TV Pilot, Music Across America, produced by legendary Jazz artist, Stanley Clarke.

Her two recent releases were produced by Chris Camozzi, (appearing with artists Jeff Lorber, Michael Bolton, Maria Carey, Barbara Streisand and many others).

Some of the wonderful artists who have performed with Laura on her albums are Diane Grubbe (flute), Mary Pitchford (violin), Noel Jewkes (saxophone), and Anthony Blea (violin).

In 2011, Laura authored the ground breaking piano teaching technique, Born Virtuosos: The Innovative Piano Course, as well as the book and CD by the same title. This method uses playful techniques to train young children to play like virtuosos, and learn to read music quickly.

Laura is currently the Director of a music program at a private school in the San Francisco Bay Area. She holds a Bachelor’s Degree in Music with an emphasis in Piano Performance, as well as a Master’s Degree in Psychology through the School of Education from the University of San Francisco. She had further graduate training at the New School for Social Research in New York City.

She lives with her husband, Eric, and their young daughter in the San Francisco Bay Area. She is a voting member of the National Academy of Recording Arts and Sciences (The Grammys), and is represented by BMI.

Laura’s music appears in many videos and commercials, including a recent Hyundai ad with voice over by Jeff Bridges, the documentaries ʺWalk into the Wildʺ and ʺThe Great Silent Sportʺ, and the film ʺValentines Day Specialʺ (starring Jon Polito). She also performed the music for the track ʺSleepwalking on a Tightropeʺ written by Roy Finch for the movie ʺWake.ʺ