The State of Live Performance in Phoenix & Beyond

We enjoyed a fact-packed program in Mesa, Arizona this week with four young execs heavily immersed in the live music scene in the Mesa-Phoenix area. 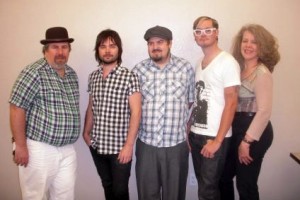 Changes In The Concert Industry

Shifts in the economy have caused the closure of a number of venues in the Phoenix area  in a short span of time, said speakers at NARIP’s program last night on the state of live performance in Phoenix and beyond. Said Stateside Presents’ Jeremiah Gratza, he now offers 20% less guarantee to acts than before. On the plus side, said promoter Stephen Chilton of Psyko Steve Presents, there are more co-headliners than before with artists helping one another and more willing to co-promote.

Promoter / DJ William Reed said that reaction to the so-called “Sound Strike” bill (SB1070), the Arizona law which seeks to strengthen border security, has had a negative effect on the live scene in Arizona. Some artists have boycotted Arizona and re-routed their tours to protest the legislation which, according to critics, encourages racial profiling. Supporters say the law prohibits the use of race as the sole basis for investigating immigration status. The law was modified by Arizona House Bill 2162 within a week of its signing with to address some of these concerns. The Rialto, a popular venue in Tucson, reports it has lost 30 shows in the last year because of this legislation, representing almost one-third of its business.

An enduring theme of the evening was to do your homework, be [gently] aggressive and know your business. All three promoters marveled at how many emails they receive requesting performance opportunities which fail to include the basic information such as name of author, band name, links to music, phone number, genre of music, and so on. Those emails are deleted.

Chilton recommended that any manager or band rep (or self-promoting band) should have a zip file containing the following:

Having this ready to go in an instant speeds the process of selecting and booking a band tremendously.  Better yet, make it available as a download link from your site.

Artist manager Peter Sotos of Fireball Music Management advised self-promoting bands without representation to delegate amongst themselves the various tasks to be performed, including a due date assigned to each task, with one person (the most aggressive, can-do person of the group) in charge of enforcing this list.

Chilton advised that before thinking globally and inter-galactically, any performer and his team should concentrate on doing the smallest things 100%, including the obvious such as keeping Web sites up to date, responding to emails and phone calls. Also, the small seemingly inconsequential gigs should be approached with the same zeal and exuberance as an arena show – fans deserve this and you never know who might be listening.

Best advice of the evening came from Gratza who said every band should be able to set up and break down in 15 minutes or less.  This keeps line-ups on time and speaks to the professionalism of the group or artist.