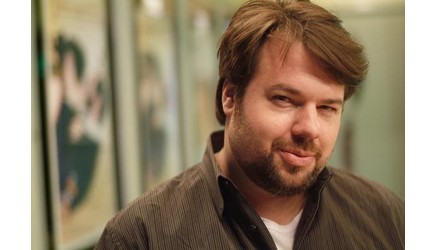 Thomas Golubic. is a Los Angeles-based DJ, music supervisor, and Grammy-nominated record producer. His music supervision credits include the AMC series Breaking Bad, The Walking Dead, and The Killing, the HBO series Six Feet Under and the New Line film After The Sunset, among others. Thomas was nominated for Grammy awards twice for producing volumes 1 and 2 of the Six Feet Under soundtrack album, and with former partner Gary Calamar was responsible for the use of Sia’s “Breathe Me” in the final scene of the series. It is considered one of the most memorable uses of music in television, and launched Sia’s music career in America. Thomas’ formative years, musically speaking, were spent as a DJ and music programmer for taste-maker LA radio station KCRW 89.9 FM. After ending his radio show in 2008, Thomas turned his attention to music production and live audio / video DJ work. He formed The Arbiters, a music collective that create mash-up music and video productions, free-released two EPs, and created audio and video mash-ups productions for clients including Google, YouTube, Microsoft and Levis, among others. Thomas has also become known as an innovative club DJ spinning broadly eclectic music sets often with live synchronized visuals. His SYNCHRONIZE re-score project, featuring live DJ re-scores of feature films has been featured at the Sundance Film Festival, Dubrovnik Film Festival and U.S. Comedy Arts Festivals, and monthly residencies in Los Angeles. Turner Classic Movies profiled Thomas and his SYNCHRONIZE project as part of their Film Fanatic series. He is presently developing the SYNCHRONIZE re-score project as an original television series for AMC.