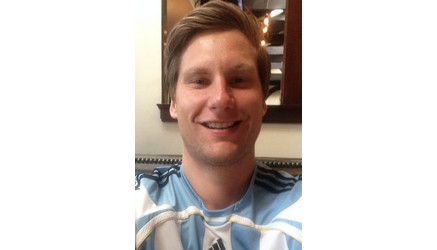 Tony began his career in music management working as an assistant for Aaron Walton Entertainment; an entertainment company specializing in management for a variety of talented artists. He then transitioned over to independent music supervision by working as an assistant to Dawn Soler. Dawn has been supervising Film and TV for over twenty years, working on such movies as Dumb and Dumber, Princess Diaries I & II, Catwoman, Dead Man Walking, Hollywood Homicide, Enchanted and more. Tony co-supervised some films with Dawn and a few on his own before making the jump to TV as a music supervisor for the hit series Ugly Betty. He independently supervised Ugly Betty for the first season and simultaneously was hired by ABC Studios to work as Creative Director for the TV music department. ABC Studios has produced many successful on-air shows for multiple broadcast and cable networks. Some of the series shows include Army Wives, Castle, Cougar Town, Criminal Minds, Grey’s Anatomy, Lost, Happy Endings, Nashville, Once Upon A Time, Private Practice, Revenge, and Scandal. Over the course of six years at ABC Studios, he oversaw all aspects of music for their shows and assisted with providing music for the ABC Marketing & Promo department with their TV campaigns. Currently, Tony is supervising several shows under creator Bill Lawrence including Cougar Town, Surviving Jack, UnDateable and Ground Floor. He also manages the artist Rivvrs who will release his first EP in August. Another project of Tony’s is AppStage, a mobile app that enhances the live show experience by providing more band-to-fan interaction before, during and after the show. It also serves as a hub for each specific event. He is also co-founder of The Happiest Hour, a TV/FILM/MUSIC industry mixer that has been around for nine years and running.