A Conversation with Multi-Platinum Producer 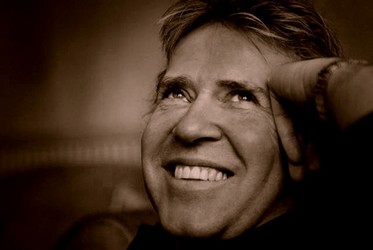 
Thank you Los Angeles! This event is SOLD OUT!!

What do the following artists have in common?

This British Grammy award winning, platinum producer has distinguished himself as a hit-maker. He will speak to our group during this special session on Wednesday, May 22 about producing hit songs, artist development and bringing the best out of his artists.

The producer’s role is vital in finding, shaping and guiding talent in the studio, and from there ultimately into the marketplace. Get an insider’s peek at the economic and artistic realities of the fastest-changing, hottest business in the world and don’t miss this intimate and interactive learning experience with one of the world’s most successful music producers.

Steve Lillywhite has agreed to listen and provide feedback live at our event to a few tracks submitted by attendees. These limited slots (one song per person) are available on a first-come, first-served basis and NARIP members will be given priority. When your online registration is complete, you will receive further directions in the registration auto-responder if you wish to submit a song for consideration (there is no additional fee to submit).

OUR SPECIAL GUEST SPEAKER (scroll down for Steve’s profile):

NOT IN LOS ANGELES?

ATTEND REMOTELY OR VIA SKYPE OR GOOGLE HANGOUTS

If you can’t be here in person, at most locations we can accommodate pitching via Skype or Google Hangouts, or we can present material and provide the guest’s feedback to you directly. If you have questions about this, please call or email Mary Bee at 818-769-7007 or mary@narip.com.

Paid parking available in lot attached to SAE, some free street parking (be sure to read posted signs carefully).

Thank you Los Angeles! This event is SOLD OUT!!

$20 for NARIP Members but please register below to save your space.
$40 for Non-Members

Special thanks to Jessica Ramos at SAE Institute of Technology for her help with this event.

Steve Lillywhite, CBE, is an English five-time Grammy Award winning record producer. Since he began his career in 1977, Lillywhite has been credited on over 500 records and has collaborated with a variety of musicians including U2, The Killers, The Rolling Stones, Dave Matthews Band, Peter Gabriel, Talking Heads, Morrissey, The Pogues, David Byrne, XTC, Siouxsie and the Banshees, Simple Minds, The Psychedelic Furs, Beady Eye, Phish, The Counting Crows and Thirty Seconds To Mars. He has won numerous awards including the Producer of The Year Grammy in 2006 & Commander of the Order of The British Empire (CBE) in 2012 for his contributions to music.

If you’re any kind of rock fan, the odds that producer Steve Lillywhite isn’t well represented
in your record collection lie somewhere between slim and none. In a career that spans more
than three decades, the Englishman has not only consistently made the most adventurous
choices in terms of the bands he’s chosen to work with, he’s made the right ones. Lillywhite
was at the helm for landmark albums with U2, Simple Minds, Big Country, Talking Heads,
The Pogues, Dave Matthews Band, Peter Gabriel, XTC, the La’s and Morrissey. And that’s
but the tip of the iceberg.

Thanks to being “in the right place at the right time,” he says, Lillywhite entered the music
industry in 1972 at age 17, landing a gig as a tape operator at PolyGram Studios in
London. Studio management encouraged the staff to bring in their own projects during the
weekends, when the rooms were empty, and Lillywhite took the opportunity to cut demos
with the fledgling band Ultravox.


“This was right at the beginning of punk rock,” he recalls, “and Ultravox were a more punky
version of Roxy Music. They got a deal with Island off those demos, and they said to the
label, ‘We want Steve to work on our album because he produced the demos and they
sound great.’ Island said, ‘We don’t know who this guy is,’ and that’s when I first met Brian
Eno. We produced the album together with the band and although there were no hits, it was
considered a good record and I was on the scene at that point. It was ’76 in London, and I
was a skinny white kid going to see the Sex Pistols.”


Lillywhite left his studio gig to take advantage of his credibility within the punk scene, and
one thing led to another. He met Johnny Thunders through his roommate and produced the
former Doll’s solo album, So Alone. During the sessions, Siouxsie & the Banshees’ manager
dropped by, liked what he heard and asked Lillywhite to produce the band’s first single. The
resulting “Hong Kong Garden” became the producer’s first U.K. hit in September 1978.
He then pogo’d into the punk/new wave movement head first, banging out LPs for the
Psychedelic Furs, the Members (his brother’s band), the Lurkers, Tom Robinson, Penetration
and—in his first brush with bona fide brilliance—XTC, with whom he concocted the now legendary
Drums & Wires and Black Sea. “What I loved about punk was the attitude,” says
Lillywhite. “I felt punk was limited as an art form, but I still adhere to the attitude aspect of
it. The right attitude in music is all-important.”


In 1980, the in-demand punk specialist got an unexpected call from the manager of Peter
Gabriel. At first, Lillywhite was nonplussed. “Peter represented the era before punk,” he
says, “and he’d been in Genesis, a prog-rock band, which was what we punks didn’t like.
But when we started talking, I got interested. I’d been experimenting with a certain drum
sound, and he wanted to record without using cymbals, which intrigued me.” The resulting
Peter Gabriel, the artist’s third album, better known as Melt or III, “wasn’t a big seller, but it
set a marker in terms of sonic quality. For a while after that, I became known as ‘the guy
who does this drum sound.’


The Gabriel LP and Drums & Wires were just part of a remarkable year for Lillywhite, thanks
to his fortuitous hook-up with a little-known band from Dublin that called itself U2. The
resulting Boy initiated a creative relationship that has continued into the present decade,
including involvement in The Joshua Tree (1987), Achtung Baby (1991), All That You Can’t
Leave Behind (2000) and How to Dismantle an Atomic Bomb (2004). “I’ve played three
different roles for U2,” Lillywhite explains. “Full production on the first three albums;
additional production on Joshua Tree, Achtung Baby and Leave Behind; and overall producer
on Atomic Bomb.” He won Grammys Record of the Year with “Beautiful Day” and “Walk On”
from All That You Can’t Leave Behind, while taking home three more—Producer of the Year,
Best Rock Album and Album of the Year for How to Dismantle an Atomic Bomb.


Along with producing U2’s subsequent October (1981) and War (1983), the band’s
breakthrough, the producer was also responsible for Big Country’s 1983 debut The Crossing,
Marshall Crenshaw’s Field Day and Simple Minds’ 1984 milestone Sparkle in the Rain. It was
during the sessions for the latter that Lillywhite met his future wife, Kirsty MacColl, for
whom he sired Kite (1989), Electric Landlady (1991) and sons Jamie and Louis. She also
joined voices with Shane McGowan on the hit single “Fairytale of New York” from the
Pogues’ Lillywhite-produced LP If I Should Fall From Grace With God (1994). The couple
divorced in 1994, and MacColl was tragically killed in a boating accident off the coast of
Mexico in 2000. Lillywhite later married his present wife, Patti.


By the mid-’80s, Lillywhite was being approached by established bands, and although he
preferred working with acts early in their careers, he couldn’t resist working with the Rolling
Stones on Dirty Work (1986) or Talking Heads on the band’s final studio album, Naked
(1988). The latter project led to his working with David Byrne on his first solo album,
1989’s Rei Momo. He closed the decade with one of his oddest studio experiences,
producing the La’s self-titled power-pop classic, which was promptly disowned by enigmatic
bandleader Lee Mavers, who then broke up the band. It takes all kinds in rock ’n’ roll.


Lillywhite’s next memorable collaboration was with Morrissey, for whom he produced 1994’s
Vauxhall and I, the first of three albums with the former Smiths frontman. “He’s incredibly
gifted,” Morrissey said of Lillywhite 1997. “It’s been a great pleasure and enlightenment to
work with him. It’s an atmosphere, it’s positivity and it’s a matter of drawing the best out of
everybody. And that’s very hard to do. And Steve Lillywhite does it incredibly well, and
makes you feel more adventurous and more sure of yourself than perhaps you normally
would do.”


After hearing Remember Two Things, the indie-label debut from the Dave Matthews Band,
Lillywhite became obsessed. “I said to myself, ‘I have to do this band,” he recalls. “When I
know I have to do something, I get crazy—it’s like a sort of spiritual awakening. I called the
A&R guy in New York, who told me they’d almost decided to use another producer. I said,
‘No, they haven’t—they haven’t met me! I’m coming over.’” Needless to say, Lillywhite got
the gig. That began a fruitful relationship that resulted in four album projects, including
1994’s Under the Table and Dreaming, 1996’s Crash and 1998’s Before These Crowded
Streets. Ironically, it was the fourth project, which was never officially released, that
brought the producer legendary status in Dave’s world. When the project was shelved in
1999, the tracks showed up online, at the peak of the Napster revolution, going on to
become the most downloaded free music in history, and taking on the unofficial title The
Lillywhite Sessions. “It was like a dagger through my heart,” the producer says of the
aborted sessions, “but time is a great healer.”


After MacColl’s death, Lillywhite moved back to England from New York to be close to his
sons, taking the job of managing director at Mercury Records. During his two years at the
label, the staunchly left-of-center veteran turned over a new leaf, signing and executive
producing pop singer-songwriter Darius Danesh, whose debut album went platinum in the
U.K., yielding three Top 10 hits, including Mercury’s first chart-topper in 15 years. More
characteristically, he signed the highly regarded and big-selling rock band Razorlight.


Along with collecting all those Grammys with U2 in 2006, Lillywhite has since produced such
artists as Jason Mraz, Chris Cornell, Matchbox Twenty and Crowded House. He also found
time to co-host a radio show on NPR called The Lillywhite Sessions. 2009 found Lillywhite
producing projects for Blue October, Thirty Seconds To Mars and Phish. 2010 was spent
working with Beady Eye on their debut Different Gear Still Speeding, and also reuniting with
Bono and The Edge to produce The Cast recording for Spider-Man: Turn Off The Dark.
Showing no sign of slowing down, Lillywhite began 2012 being recognized with a
Commander of The Order of The British Empire (CBE) by the Queen of England and then
reunited with Dave Matthews Band for the album Away From The World which debuted at
#1 in the USA, and working with The Killers on Battle Born which debuted at # 1 in the UK and
Ireland.

2013 looks to be another great year as the album Lillywhite produced with Thirty
Seconds to Mars – Love, Lust, Faith + Dreams gets ready to be released.


In terms of the particulars he brings to a recording project, Lillywhite says, “I obviously
bring my experience, I bring my enthusiasm and I bring my ability to allow a musician to be
as inspired as possible.

Thank you Los Angeles! This event is SOLD OUT!!