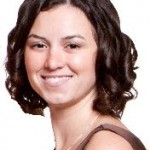 Beth B. Moore, Esq. is an entertainment attorney at The Beth B. Moore Law Firm and manages Atlanta-based country/rock act The Law Band. She received her undergraduate degree from UGA, her law degree from GSU, and her professional training from The Sidman Law Firm in Buckhead where she was hired shortly after meeting her future employer (Steve Sidman) at a NARIP panel. She launched her own law practice in 2012, and now represents artistic talent and entrepreneurs in music, film, television and other creative industries. Beth has been a NARIP loyalist and volunteer since the chapter’s inception in June 2010, and served as Executive Director of NARIP’s Atlanta chapter from 2012-2013. With her love for music and passion for learning, Beth shares the same mission as NARIP: to provide relevant and accessible music business education to all who seek it, and to help cultivate the next generation of music industry leaders and revolutionaries.