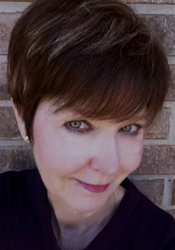 A native Texan, Heidi Massin is a music producer, based in Houston,
Texas. She founded Massin Media Productions, LLC, which operates the
first and only sustainable “eco-friendly” record label in Texas. Under
the 1.1 Digital Recordings label, she released the album, “Elixir”, a
compilation of Electronica/Dance Music. The album features artists from
around the globe who are at the top of the EDM genre in their region.

Heidi began her musical career as a child with her primary musical
influences including Mozart, Bach and Beethoven. She had classical and
contemporary piano training beginning at the age of 8 years old through
the Telschick Academy. Although she grew up behind the scenes in the
theatre world, music has always been a part of her life. In the recent
past, her music’s been featured in local television and short films in
Houston. She’s currently working on scoring a feature film in Houston.

In the past two years, she has been nominated for the Houston Press Music Awards in the Instrumental/Experimental genre. Her latest project involves Massin Media as a sponsor for the Springboard South Music
Festival, which launched this May.