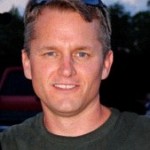 Martin W. Winsch was born in Bay Ridge Brooklyn, NY and spent most of my childhood on the shoreline of Connecticut before heading off to Clemson University and graduating in 1992. Out of college, he took a job in New York working for a computer software company. The constant feeling that he could be doing more with his life prompted him to leave the security of employment for an opportunity to be the director of advertising for a start-up publication in Florida. Ultimately, he discovered that his real passion for life was rooted in music, and more importantly, in working with individuals who have a true artistic calling. In 1996, while reviewing a CD from a band consisting of guys that he played with college, he was asked if he would consider managing their current band. Six months later he was living in Greenville, SC and managing his first band. He spent the next ten years working as a booking agent and personal manager for various independent and major label artists, playing every role imaginable and making many mistakes along the way. In December 2005 he met a high school social studies teacher from Jefferson, GA named Corey Smith whom he has been managing exclusively ever since.