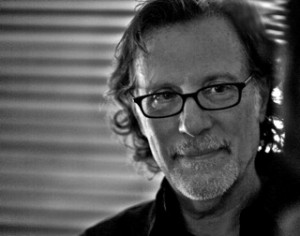 Buy, sell, and brokering of intellectual property – both publishing and masters.

1965 to present – I remember the first horse-drawn record player

As artist manager Husney discovered and signed the artist Prince to Warner Bros. Records, guiding Prince’s early career and handling all worldwide marketing for the artist’s launch. He also signed eleven other artists to major record labels, earning him ten gold and platinum certified albums. Husney ran several record labels in association with Capitol, A&M and Sony. He eventually became SVP of the Musicland/Sam Goody chain overseeing marketing and publicity for the chain’s 1500 stores in the US and UK. He was appointed to a board by the Governor of Minnesota to establish and construct the first performing arts high school in the State’s history. The Perpich Center for the Performing Arts is one of the top schools of its kind in the United States. Before moving to Los Angeles Husney was given a Lifetime Achievement Award by the State of Minnesota for his dedication to music and the arts in the state. Today, living in Los Angeles, Husney’s focus is music publishing and classic record masters. Husney’s current endeavor is working with the Beatles publisher to launch “Beatles Reimagined,” in honor of the Beatles 50th anniversary in 2013. Husney also teaches The Basics of the Business of Music at UCLA. He is also on the Valley Board for Our House Grief Support – A non profit support for those who are grieving.

Owen has had some great success from attending a recent  NARIP Music Supervisor Session with Gary Calamar in LA. Calamar placed the track pitched by Husney, “I Wanna Be Your Man” written by John Lennon and Paul McCartney as performed by Mobley in an upcoming episode of True Blood. Read more about Owens placement and other recent NARIP successes here.

Little hit record in 1965 – top ten in 19 major US cities. “We weren’t a major band but we were known locally across the country.”

Worked with Al Jarreau and brought him to Los Angeles where he was signed to Warner Bro. Records.

Discovered, managed, and signed the artist Prince to the largest new artist deal in history in 1978.

Signed ten other artists to major label deals earning 11 gold and platinum albums.
Appointed by the Governor of the State of Minnesota to start a performing arts high school. Today the Perpich Center for the Performing Arts is one of the top schools of its kind in America.

Received a Lifetime Achievement Award from the State of Minnesota for dedication and contribution to the arts in the state.

Served on the board of the Society of singers.