The National Association of Record Industry Professional (NARIP.com) markets and monetizes music. Formed in 1998, NARIP brings together the brightest minds and leading innovators in the global record and music industries.

NARIP promotes the cultural and economic benefits of music and copyright in the US and abroad, and
provides a platform to convey insights and perspectives to improve our business.

Our mission is to create access for YOU to the top executives and experts in the music and record industries (see partial list below) to help market and monetize music.  Many guest experts are NARIP members. 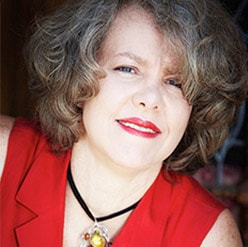 Tess Taylor is president of the National Association of Record Industry Professionals (NARIP.com, est. 1998) which promotes career advancement, education and good will in the record industry and related music fields.

One of the nation's leading authorities on careers in the music and record industries, Ms. Taylor has connected countless people to

Tess Taylor is president of the National Association of Record Industry Professionals (NARIP.com, est. 1998) which promotes career advancement, education and good will in the record industry and related music fields. She is creator of NARIP’s Music Supervisor Pitch Sessions which have yielded over 2,000 music placements for participants and sold out in Los Angeles, New York, San Francisco, Atlanta, Miami, Berlin, Paris and London.  She is also creator of NARIP’s Synch Agent Pitch Sessions which have secured twenty-two (22) synch rep and/or music publishing deals for NARIP members since 2018.

One of the nation’s leading authorities on careers in recorded music, Ms. Taylor has been called The Job Whisperer and has connected countless people to jobs and opportunities through her work in the U.S. and abroad, cultivated business and creative collaborations for almost three decades, helped launch hundreds of projects and several companies.

She has consulted for leading businesses such as InsideSessions (a joint venture between the Universal Music Group and Penguin Putnam, Inc.), The Walt Disney Company, BMG Entertainment (formerly Sony BMG) and Concord Records.  Dubbed “International Music Ambassador” by music supervisor P.J. Bloom (the Glee franchise, CSI: Miami, and now SVP of Film & TV Music at Warner Bros. Records), and “a tour de force” by music supervisor Thomas Golubić (Breaking Bad, The Walking Dead, Ray Donovan, Six Feet Under), Ms. Taylor works with international music associations to connect their members to opportunities in major US music markets.  Ms. Taylor is a vigorous defender of intellectual property rights and has lectured throughout the U.S. and around the world in 13 countries to date, including at the Harvard Business School, in Berlin, Bangalore and elsewhere.

Ms. Taylor is also President of the LA Music Network (LAMN.com, est. 1988) and creator of the LAMN Jam Music Contests which launched the Mowglis who won in 2011.  LAMN Jams helped launch 2006 winner Tim Fagan who then won a Grammy with Colbie Caillat, and 2007 winner Aloe Blacc.  From 1988 to 1993 Ms. Taylor was employed at MCA Records, Inc., last serving as Associate Director of Marketing.   A classically trained pianist, she studied music at the University of Vienna and is a Phi Beta Kappa, Magna Cum Laude graduate of the University of Redlands’ Johnston College where she received her BA degree in music, German language and literature.  A coffee snob, she loves traveling the world, fine fountain pens, reading, dogs (please adopt, don’t buy!), hiking with her handsome English cocker spaniel, and the recordings of Glenn Gould, Pete Townshend and David Bowie.

A Few Things You Should Know About NARIP