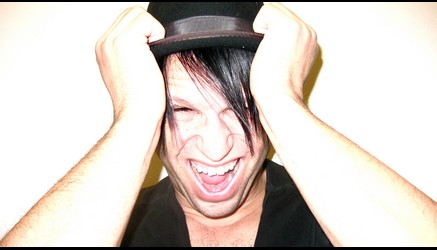 at The Federal in Los Angeles (NoHo Arts District)

Top-rated music supervisor PJ Bloom is our special guest at this NARIP Music Supervisor Session in LA. Bloom commissions, licenses and places music for hit television programs (the Glee franchise, CSI: Miami) and films (having worked with Spielberg, Bruckheimer, Mann and others). Limited enrollment of 16 people per session guarantees face-time with him, registrants get brief of his CURRENT music needs prior to the session to help them better prepare, a chance to pitch plus immediate feedback from him to YOUR material. In NARIP’s intimate session, you get to meet and pitch him for current opportunities.

PJ Bloom is one of the top music supervisors in the
entertainment industry. He has created and produced
unique soundtracks for over fifty films, hundreds of television
episodes, video games, advertisements and
amusement park thrill rides. He has collaborated with such
filmmakers and television producers as Ryan Murphy,
Steven Spielberg, Michael Mann, Jerry Bruckheimer and
Ridley Scott while rendering his distinctive brand to nearly
every studio and network in the Hollywood system and
beyond. PJ’s career soundtrack sales tally more than 50 million
singles and 13 million albums worldwide. As the music
supervisor for the entire groundbreaking Glee franchise, his
work holds the record for most charted songs by a single act
in Billboard Hot 100 chart history, surpassing Elvis Presley,
The Beatles and James Brown. PJ is also an award-winning Music Publisher. In 2009 PJ signed Far East Movement whose No. 1 song “Like A G6” and No. 7 song “Rocketeer” have sold over 13 million singles worldwide PJ is a partner in Neophonic, one of the largest music supervision firms in the US. In 2012, he placed No. 80 on Billboard Magazine’s annual Power 100 List and was named
Music Supervisor of the Year by the American Association of
Independent Music (A2IM). He is a two-time BMI Pop Award
winner, two-time BMI Urban Award winner, two-time ASCAP
Pop Award winner and has received a host of other awards
and accolades. He is also a founding member of the Guild
of Music Supervisors (GMS). PJ speaks regularly around the country and the world on the subject of music in the visual arts and has been a club-level DJ for over 25 years.

NOT IN LOS ANGELES?

PITCH REMOTELY OR VIA SKYPE OR GOOGLE HANGOUTS

If you can’t be here in person, at most locations we can accommodate pitching via Skype or Google Hangouts, or we can present material and provide the guest music supervisor’s feedback to you directly. If you have questions about this, please call or email Mary Bee at 818-769-700 or mary@narip.com.