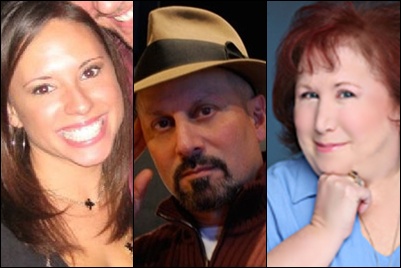 Representing the best and brightest in talent development, the above individuals and others confirmed to judge talent at upcoming LAMN Jam Music Contest (“LAMN Jams”) produce, sign, manage and develop artists. At our June LAMN Jams, selected artists meet and perform for them, and compete for a grand prize valued at almost $20,000 including priceless exposure opportunities such as a first-look record deal, and first-look consideration by a casting director in search of artists for several talent-based television projects and reality series in development now.

LAMN Jam Music Contests are produced by the Los Angeles Music Network (LAMN), sister organization of NARIP. We bring this contest to your attention because NARIP members and subscribers work with artists whom they may wish to submit to perform.

DISCOUNT for NARIP Members: Artists represented by NARIP members get reduced submission rate – just use your NARIP login and password at www.lamn.com.

Submit original music now for a chance to meet and perform for these career-makers:

A few years ago we carefully considered how we could provide artists with meaningful opportunities, and not just another showcase.