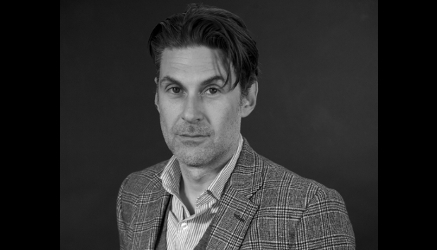 After buying T-Rex’s “Ride A White Swan”, Matt began stealing from his parents’ record collection and watched taped episodes of “The Old Grey Whistle Test” more times than was strictly healthy for an impressionable young mind. He spent his seventeenth year listening to nothing but Tom Waits’ “Rain Dogs” and “Swordfishtrombones”, something he is convinced is responsible for his belief that Radiohead’s “Kid A” is a nice pop record.

Matt joined Air-Edel in 1996. He was quickly recognized as something of an anorak / musical know-all, and cut his creative teeth sourcing music for commercials, such as Jonathan Glazer’s “Guinness – Swimblack” campaign. During this time he began cultivating relationships with key members of the music industry, an activity also known as “ligging”. This stood him in good stead when he began clearing songs for feature films, but did nothing for his health. As well as having a disturbingly encyclopaedic knowledge of the history of popular music, he has garnered a reputation for being a canny negotiator.

He considers one of the high points of his career to be “Harry Potter & The Goblet Of Fire”, for which he put together a wizarding rock group consisting of Jarvis Cocker from Pulp, and Jonny Greenwood and Philip Selway from Radiohead. He’s also very quietly proud of being the man responsible for putting Nick Cave’s “O Children” in a Harry Potter film.