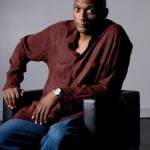 “So true you won’t believe it” Gussie Miller is a singer-songwriter who lives in Los Angeles.

Miller’s background includes being a child actor and growing up in a musical family.Taken under the wing early by owners of several major recording studios, Miller learned the art of production for commercials, TV & film work.Miller toured as a background vocalist with various artists, including Lavern Baker, Seal and Cher. His work in the studio can be heard with artists such as Gino Vannelli, Cher, Rock & Roll hall of famer Lavern Baker, jazz legend Marcus Miller, and break out artists Lance Todd, and Jessica Celious. Over his long career, Miller has worked with Smooth Jazz artist Mindi Abair and Grammy winner Paula Cole.Miller’s songs are played around the world in such “back in the day” TV shows as “Doogie Howser, M.D.”, “Cop Rock”, “Family Matters” and “South Of Sunset”.Miller’s voice can be heard in such movies as Chris Rock’s “I Think I Love My Wife” where he sings the song, “Could Be The One”. His voice is all over TV shows, including “Everybody Hates Chris”.

While taking the time off to raise his kids, Miller enjoyed a successful career as an audio engineer and technician working at the top studios in Los Angeles and NYC; working with some of the biggest names in music and film. He’s also currently the freelance audio engineer at The NASA Jet Propulsion Laboratory in La Canada, Flintridge, CA.

Recently coming back to performing, Miller was featured on NBC’s “The Singing Bee”, which was the most watched reality game show of 2007.The recipient of numerous articles about his many talents, Miller is ready to break out as an artist and sell his music worldwide.

The single features some of Miller’s famous friends who are supporting his solo effort. They include, Austrian mega writer/producer Peter Wolf famous for songs by El Debarge, The Commodores, Wang Chung and Go West, as well as veteran drummer Tris Imboden of the legendary group Chicago. Adding a funky sax solo, is good friend Cleto Escobedo, well known for being the bandleader of “Cleto and The Cletones” on ABC’s Jimmy Kimmel LIVE! The single’s vocal polish was achieved with his favorite singing partner, Valerie Davis.

Never having had a solo album or CD after being involved in over 30 album and 20 film projects, Miller is now asking for fan support on Sellaband.com to complete is solo opus: “Forever Plan”. Miller is currently forming his band to support live tour dates with keyboardist Alex Alessandroni Jr. a well known musical director for artists such as Pink, Christina Aguilera, Nelly Furtado, to name a few.You can check out his amazing voice on Youtube or Reverbnation and see why Miller is a sure bet as an artist in 2012.