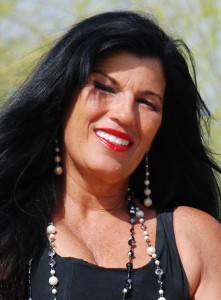 White Wolf Entertainment/ InterMedia Advertising, Music Division. White Wolf Entertainment has joined with InterMedia Advertising in Los Angeles, California to form a music division that will service Direct Response Television commercials nationally, to promote and sell CDs! We are launching two new projects in August 2009 on National Cable. Our first project is award winning Native American Artist; Arvel Bird http://www.arvelbird.com. Arvel Bird will be the first Native American Artist launched Nationally on Television. His music has all the elements for mainstream audiences and will cross-over very well. We believe that the medium of Direct Response will launch sales and we are going to become the Benchmark in this form of retail and advertising. As traditional retail for music sales has plummeted, TV advertising is growing, particularly in Direct Response. We are offering complete services from the ground up. From the creative production of TV spot, marketing, planning, TV media buy, 800 telemarketing services and TV PR. This is a grassroots approach in bringing the music product into the home, with customer service standing by. Considering the millions of viewers and the success of Direct Response marketing, this will be very effective in markets where product isn’t in record stores, or the consumer isn’t all over the internet. We are targeting music labels, management and artist for music acquisition.

Linda White Wolf has had an illustrious and entrepreneurial career in entertainment and communications for 20 years. For the last four years on television station KAZT in Phoenix Arizona, she has produced and hosted a TV morning show segment on “The Pat McMahon Show”. Pat is a multi Emmy award winning television icon in the Arizona landscape and has been on television 40 years. Linda’s segment; “Arizona Native News”, has established itself nationally and internationally. One of only six American Indian news programs in the United States, Ms. White Wolf has interviewed celebrities, musical artists from rock, native to opera, and notable sports and political figures. Locally, Linda was a media consultant to two talk radio stations as Executive Producer, where she developed a series of equestrian talk-shows. In addition, she produced many other topical syndicated talk shows in the Phoenix market and nationally.

For over a decade Linda worked in executive management in the music industry in Los Angeles. Her creative insight and tenacity was instrumental in launching the careers, of several rock and reggae artists with platinum records. White Wolf Entertainment has served the music industry in many capacities over the years in management, quarter-backing, radio promotion and tour development with many bands, and there are too many to post! She landed the position of Executive Vice-President of “Mission Records”, owned by Glenn Frey of the Eagles. The key element in launching this very successful record company were the artists signed to the roster. She also worked in the Programming Department for one of the Nation’s top “Alternative-Rock” radio stations, 91X. Linda is the only Native American woman to achieve these positions in the mainstream music industry. Linda also was the Executive Vice-President of the Native American Music Association/Awards, (Nammys) for the first 5 years. She started consulting and promoting Native American artists in the early 90’s and has worked to promote Native American music and culture to mainstream audiences. Hailing originally from California, she has had a few acting roles in various TV shows and movies, her portfolio includes: Star Trek Next Generation, Deep Space Nine and Doctor Quinn Medicine Woman, to name a few. Recently she was “Ms. December in the “Native Beauties” calendar, and has been featured in three books: “Voices of Arizona”, “American Indian Women Leaders in Arizona’s Valley of the Sun,” and is featured in a newly released book, “Pathways to The Arts”.

To help artists sell product and help to develop their careers.