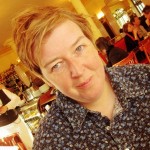 Liz started her career as a Music Researcher and Associate Producer for a number of UK-based TV companies. She then created Liz Gallacher Music Supervision in 1996 and quickly established herself as one of the most experienced and creatively diverse music supervisors in film and television today. Her work on projects such as The Full Monty (winner of a Brit Award for Best Soundtrack) and Resident Evil (Grammy nomination for Best Metal Performance) has garnered praise from producers, directors and the press. 24 Hour Party People was short-listed for Film Music at the 2003 NME Awards. Liz’s film credits also include the Oscar-Award winning documentary One Day In September, Golden Globe winner The Gathering Storm and feature films such as Layer Cake, Calendar Girls and Bend It Like Beckham. Other recent film credits include Best British film winner Fishtank, and the Oscar-winning documentary The Cove. Liz moved to Los Angeles in 2008 and created Velvet Ears in 2010. Named after her dog’s silky-soft ears and impeccable music taste, Velvet Ears specializes in all things music. From Music Supervision to their newest Music Library venture, Velvet Ears has the film and TV music industry covered.