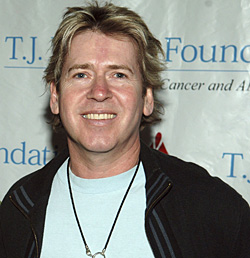 Steve Lillywhite is an English Grammy Award winning record producer. From his early work with Ultravox in 1976 through to the present day, Lillywhite has produced a variety of musicians including U2, Peter Gabriel, The Psychedelic Furs, Dave Matthews Band, Joan Armatrading, Matchbox 20, Simple Minds, Morrissey, The Rolling Stones, XTC, The Talking Heads, Big Country, Darius Danesh , The Pogues and The Smiths, through to Beady Eye and Evanescence in recent times.

Lillywhite entered the music industry in 1972, when he worked as a tape operator for Polygram. He produced a demo recording for Ultravox, which led to them being offered a recording contract with Island Records. Lillywhite soon joined Island as a staff producer, where he worked with many of the leading new wave musicians. His first commercial success was with Siouxsie and the Banshees in August 1978, after producing their first single, “Hong Kong Garden”.

During the 1990s, Lillywhite continued to produce Morrissey, but began to make his mark with albums by Travis, Phish and on multi platinum albums, including Under the Table and Dreaming, Crash, and Before These Crowded Streets by the Dave Matthews Band. In 1990, he co-produced U2’s Achtung Baby, along with Brian Eno, Daniel Lanois and Flood. In 1991 he returned to Dublin to produce the debut album, A Sonic Holiday, with the Kilkenny based band, Engine Alley. He was also brought in to produce the debut (and only album) by The La’s. In 1996, he produced Phish’s Billy Breathes, and he returned to produce Joy in 2009.

Lilywhite was featured as the subject for a BBC Radio 1 documentary series on record producers.

In 2009, he began presenting a weekly radio show on East Village Radio called “The Lillywhite Sessions.” On 3 February 2010, Amy Lee of Evanescence announced on her Twitter that Lillywhite will produce their upcoming third album, which is expected to be released in late 2010. On 25 May 2010, the official Oasis Web site announced that Lillywhite was working with Liam Gallagher, Gem Archer, Andy Bell and Chris Sharrock on material for their new band Beady Eye.