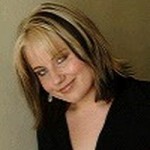 A young Julie Pilat, obsessed with Hip Hop, Pop AND Rock, started her radio career while still in junior high. A Seattle native, she began answering phones at KUBE in 1992, and by the time she hit high school, Julie had her own ON AIR shift at the local college radio stations KGRG and KNHC. As soon as she was able to drive herself to the station, she got her own air shift at KUBE as well. Julie’s college years took her to Arizona (ASU) where she continued to foster her radio career and passion for music at KPWR (Hip Hop) and KEDJ (Alternative Rock) in Phoenix, where she held down air shifts and worked in the programming departments.  In 1998, she returned to Seattle and landed the midday air shift and the APD/MD job at KUBE. Four years later, Julie made the move to Los Angeles and was named the APD/MD at legendary Top 40 KIIS FM. The success of KIIS during her tenure there, coupled with an unbridled passion for manic genres made her the stand out choice to take over the helm at Clear Channel’s KYSR when the format switched to Alternative Rock in January of 2009. Today, Julie continues to hold both positions in the Clear Channel LA Radio Cluster (APD/MD at KIIS FM and PD at KYSR 98-7fm). In her “spare” time, Julie is a dedicated mentor and community leader. She donates time and resources to A Place Called Home in South Central and to the Youth Mentoring Connection. She is also passionate about discovering new music, mentoring new artists, and being creative with how radio can support the artist development process in the ever-changing music business.
Julie’s Awards, Honors and Acknowledgements include: