This audio program is a recording of NARIP’s Pitch Session with Top Music Supervisor Julia Michels.
Format’s Julia Michaels is an award-winning music supervisor with decades of industry experience working on major projects including Pitch Perfect 1 & 2, Trolls, and the Devil Wears Prada. You’ll hear Julia’s insights and feedback to cues and song snippets, giving you a valuable glimpse into this top supervisor’s process.

This audio program is a recording of NARIP’s Pitch Session with Top Music Supervisor Julia Michels.

You will hear Julia’s reactions and live feedback to cues and song snippets. This is invaluable to understand her needs, interests and preferences, and you will hear exactly what she is looking for now and for ongoing projects, and the types of music she most frequently needs and uses. You will also hear her submission preferences, what works and what doesn’t, and why. 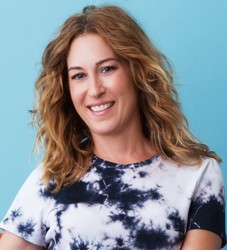 Julia Michels has spent over two decades working in the film music industry and has had great success in various roles throughout her storied career.  She found her true calling working as an independent Music Supervisor and has proven consistently that her contributions translate to major box office success. She was recognized for two consecutive years (2010 and 2011) with the award for Outstanding Music Supervision in Film by Hollywood Music in Media as well as Best Music Supervision in Film in 2011 and 2012 by the Guild of Music Supervisors. Julia also serves as a Governor on the board of the Los Angeles Chapter of The Recording Academy.  Aside from the accolades and awards, nothing showcases Julia’s skills and work reputation better than her consistent and continuous stream of projects.  These include Pitch Perfect and Pitch Perfect 2, for which she shares an Executive Music Producer credit with Julianne Jordan.  The Pitch Perfect 2 album won both an American Music Award and a Billboard Music Award for Best Soundtrack as well as a coveted Grammy nomination.  Music supervision for films is one thing, music supervising for actual musicals, however, is a completely different dynamic and Julia has become a go-to expert for studios and filmmakers working in that genre. She teamed up with Julianne again for DreamWorks animated musical Trolls, working alongside Justin Timberlake as he served as Executive Music Producer and is now at work on the upcoming Warner Bros. film A Star Is Born featuring Bradley Cooper and Lady Gaga in the leading roles with Bradley Cooper serving as the film’s director.  Other upcoming films include Diary of A Wimpy Kid:The Long Haul (Fox) and Pitch Perfect 3 (Universal) due out in December 2017.  Prior box office successes include the blockbuster The Devil Wears Prada (Fox), box office smashes Sex & The City (1 & 2) (New Line Cinema / Warner Bros.), the critically acclaimed drama The Blind Side (Alcon/Warner Bros.), And So It Goes (Castle Rock Entertainment), directed by Rob Reiner and starring Michael Douglas and Diane Keaton, the Oscar-nominated (Best Song) and Grammy Nominated (Best Soundtrack) August Rush (Warner Bros.), and others.  Prior to her music supervision career, Julia was the Sr. Vice President of Music for MGM Pictures, overseeing such films as Be Cool, Beauty Shop and the remake of The Pink Panther.  Before working at MGM, she was the Vice President of Soundtracks at EMI Records.  In this role she oversaw soundtracks for all the labels under the EMI umbrella including Capitol, Virgin, Priority and Blue Note records.  Prior to EMI, Julia spent four years as the Vice President of Music for Twentieth Century Fox, Fox 2000, Fox Searchlight and Fox Animation film divisions.  She was the music executive on projects including Daredevil, Unfaithful and The Banger Sisters.  Before joining Fox, Julia was the Director of Soundtracks for Capitol Records and was instrumental in the creation of numerous soundtrack albums.  Throughout her career in the business, she has also been a music editor, co-owner of an independent record label and an agent for film composers.