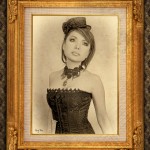 Rayko is a Los Angeles based singer, composer, and a musician, with an extremely diverse musical back ground. Rayko’s musical training and background has included years in Opera, pops, in parallel with Metal. Rayko’s main instruments – Piano, guitar, some drums, currently taking a private electric violin lesson, 5 times per month.
Rayko can write and sing anywhere from ABBA to Zappa, Rayko’s current music library consists of Pop, Metal, R&B, standard Jazz, classical, and to J-Rock…

Live today as if it could be your last, without selling yourself to the devil.