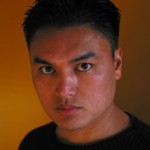 Chris Rickwood is an award winning composer known for creating dramatic musical scores for video games, film, and television. Rickwood’s work can be heard worldwide on a variety of mediums for clients such as Activision, THQ, Microsoft, Cartoon Network, Capcom, and Nintendo. He began his career by composing intense orchestral cues for several game titles including Evil Dead: Hail to the King, BloodRayne, and Maximo: Ghosts to Glory. Since then, Rickwood has composed over 20 scores for Cartoon Network New Media, contributed music and sound for several PC games including Law and Order: Criminal Intent, Civil War: Bull Run, and The Apprentice: Los Angeles, and experimented with other gaming mediums such as mobile phones and video poker machines.  In 2006, Rickwood was invited to the team of composers hired to produce the new Monday Night Football theme for ESPN. More of his music was released on Associated Production Music’s Endgame music library and has been placed in television broadcasts for ABC Family, G4TV, and Fox. Recently, Rickwood was asked to contribute music to the CD release, Best of the Best: A Tribute To Game Music, alongside some of the premier talent in the video game industry. Currently, Rickwood is working on several projects including Hi-Rez Studio’s spy-fi MMO, Global Agenda, a next generation RPG for Microsoft, and other titles coming to XBox 360, PS3, and the Wii. Rickwood serves on the Advisory Board for the Game Audio Network Guild (G.A.N.G.). Local to Atlanta, he serves on the Advisory Board of the International Game Developers Association Atlanta Chapter and the Board of Directors for the Georgia Game Developers Association. Always open to sharing his knowledge, Rickwood participates on the Advisory Board for Atlantic International University’s (AIU) Game Design program and the Advisory Committee for the Art Institute of Atlanta’s Game Art and Design Program.