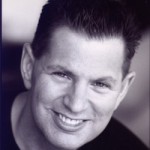 VP of Programming at Power 106

Currently Power 106 (Los Angeles) / National VP of Programming for all Emmis Radio Properties, Jimmy has guided KPWR to its highest ratings ever, across all demos. Jimmy has been with Emmis for 12 years.  Prior to this he served as Director of Programming at KEGL / KDMX Dallas for Clear Channel Dallas. Under his guidance, KDMX achieved its highest ratings in their 25-year history, and KEGL achieved its highest 12+ share since the mid 90s. Prior to this he was Program Director at WKRQ Cincinnati where he elevated the radio station to a 7.3 share 12+, its highest rating in 5 years. Before Cincinnati, Jimmy was Assistant Program Director / Music Director for KEGL Dallas during which time the station achieved its highest ratings in the history of his day-part and and he was a member of the team that achieved highest ratings ever for the frequency. At WXXL Orlando as Assistant Program Director / Music Director and on-air talent, he elevated the station from a 4 share to a 12 share 12+, its highest rank and share ever. Jimmy (and Power 106) have won multiple NAB Marconi Awards, R & R Achievement Awards, Radio Ink’s Best PD Awards (including 2010), and Radio Music Awards. Power 106 was just nominated for another NAB Marconi Award. Originally from New York City, Jimmy lives in Los Angeles with his wife Juli, and their two children Ally (13), and Dylan (11). He holds a BA in Communications / Radio and TV Production from the University of Central Florida.